Be the Hero. AND the sidekick!

Happy (Rainy) Sunday to you all.  Cheers as always to everyone who made their way through the doors this week – we really are thankful for the support you give us.

I am in the gym early every Saturday for a bit of PT before heading out (usually) pretty early to go and coach a footy side.  I wanted to post today about the crew that shows up super early on Saturday morning (for either Funky or Boxing) specifically, but I would like to think this post is a little more wide-ranging than that.

Back in the day, I honestly could not have imagined dragging my lazy butt out of bed on a Saturday for a 6am gym session.  It simply wasn’t on my agenda…and would not have happened.  I do remember Vanessa and I used to head down to South Fremantle to do a boxing session at what used to be Warehouse Fitness most Saturdays (‘MOST’ was of course dictated to us by kids sporting commitments). But ‘morning’ sure didn’t mean 6am. Morning meant more like 9am or so.

6am on the weekend is pretty impressive – but I really realised something watching everyone arrive for the Funky class this week.  Every time someone walked through the door they were met with a chorus of greetings and smiles from everyone else…it was like they all had their own little in-built support team already there waiting for them.  To me, this meant that their job of getting into the gym and getting it done was just SO much easier than it could have been.  And that (in turn) got me thinking.

We ALL depend so much on our fellow gym goers AND our family at home to get to the gym.  I guess I have been thinking about this as ‘everyone needs a sidekick’ – or more specifically, as ‘every Batman needs his Robin…AND his Alfred’.  (I’ll pause there.  Now I *think* Alfred is the name of the butler dude who looks after all the stuff in Batman’s house and apologies if I’m wrong – superheroes are really not my area of interest or expertise).  To get stuff down – we all need help.  We need someone to get the kids ready for school so we can do an early gym session.  We need someone to make dinner so we can do a late gym session.  We need a buddy at the gym who will save us a spot in the class – and who will (without saying a single word) make us feel just a little bit guilty if we don’t show up. 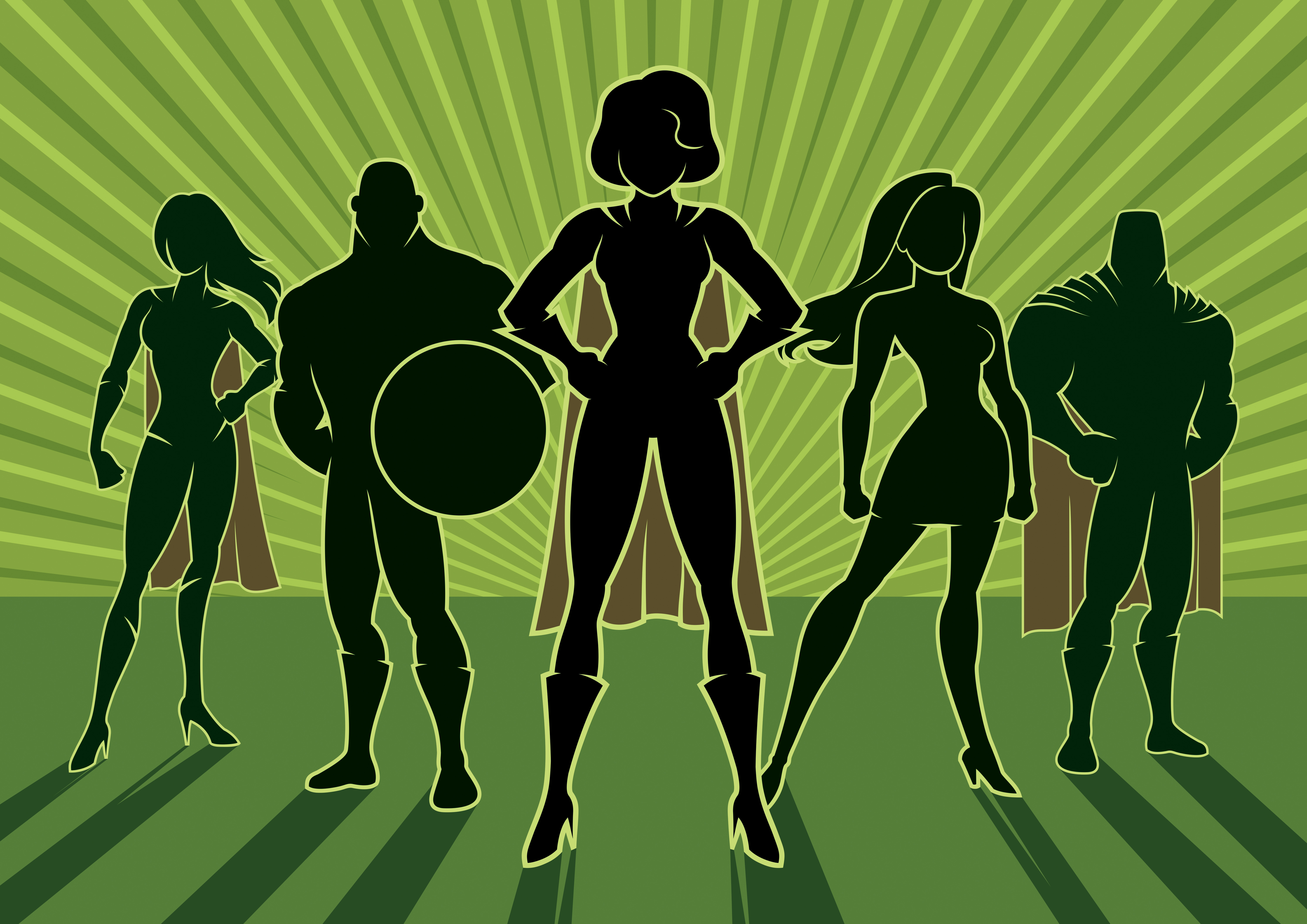 And further to that – it is a good feeling to be able to play BOTH the Batman role AND the Robin role by not only being the star of our own movie, but at the same time supporting other people on their own journey.  I mean – isn’t this when it works best of all?  The person who supports us – we in turn support and encourage them?

Every superhero movie I have ever seen is EXACTLY the same.  Our hero has his super powers (or – of course, HER super powers).  For the sake of simplicity as I know all of these ‘powers’ are different let’s just think of them as “STRENGTHS” rather than powers.  And of course, each of us has strengths as well.  Anyway, back to the movie plot.

So our hero has these strengths, and in the normal events of life, they are (more than!) enough to make them a pretty cool kid on the block.  But then along comes this bad guy.  And that bad guy has some never-before-encountered method of ‘neutralising’ the strengths of our hero.  Which for many of us trying to live a fit and healthy life might be considered to be a not so secret bottle of beer/wine or maybe a block of chocolate!  Anyway – what happens then is, despite the absence of his ‘super powers’, our HERO – with CRITICAL support being provided by a side-kick or two – finds a way to overcome the bad guy and save the world.

So there you have it.  We all need to be the stars in our own movie – playing the leading role, getting the job done and saving the world.  But to do that – we need to have help…whether that help takes the form of your partner making you breakfast in the morning or a gym buddy sending you a text if you miss a session – that doesn’t matter…just understand you can’t do it all alone.  And likewise the people in your life – be it your family at home or the person training in the cell next to you, well, they need your help for them to be successful in turn.

Be the hero in your movie.  Be the sidekick in someone else’s.